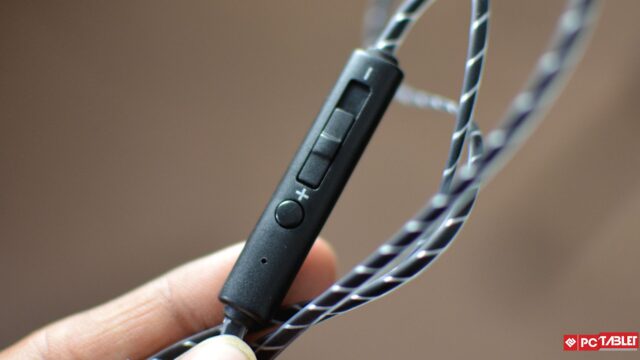 The first look impression may not be great, as the build does not appear attractive, but upon holding the monitors in hand, things seem a little different. The worst thing about its build is the strain resist. It is not only smaller and thinner than most of the monitors out there, but upon a simple tug, we found that it was loose from the base.

Coming to the driver cover or the bud. It is made of metal and seems to be of good quality. Upon first look, it appears to be made of plastic, but it is actually made up of metal, and the buff finish makes it look like plastic. 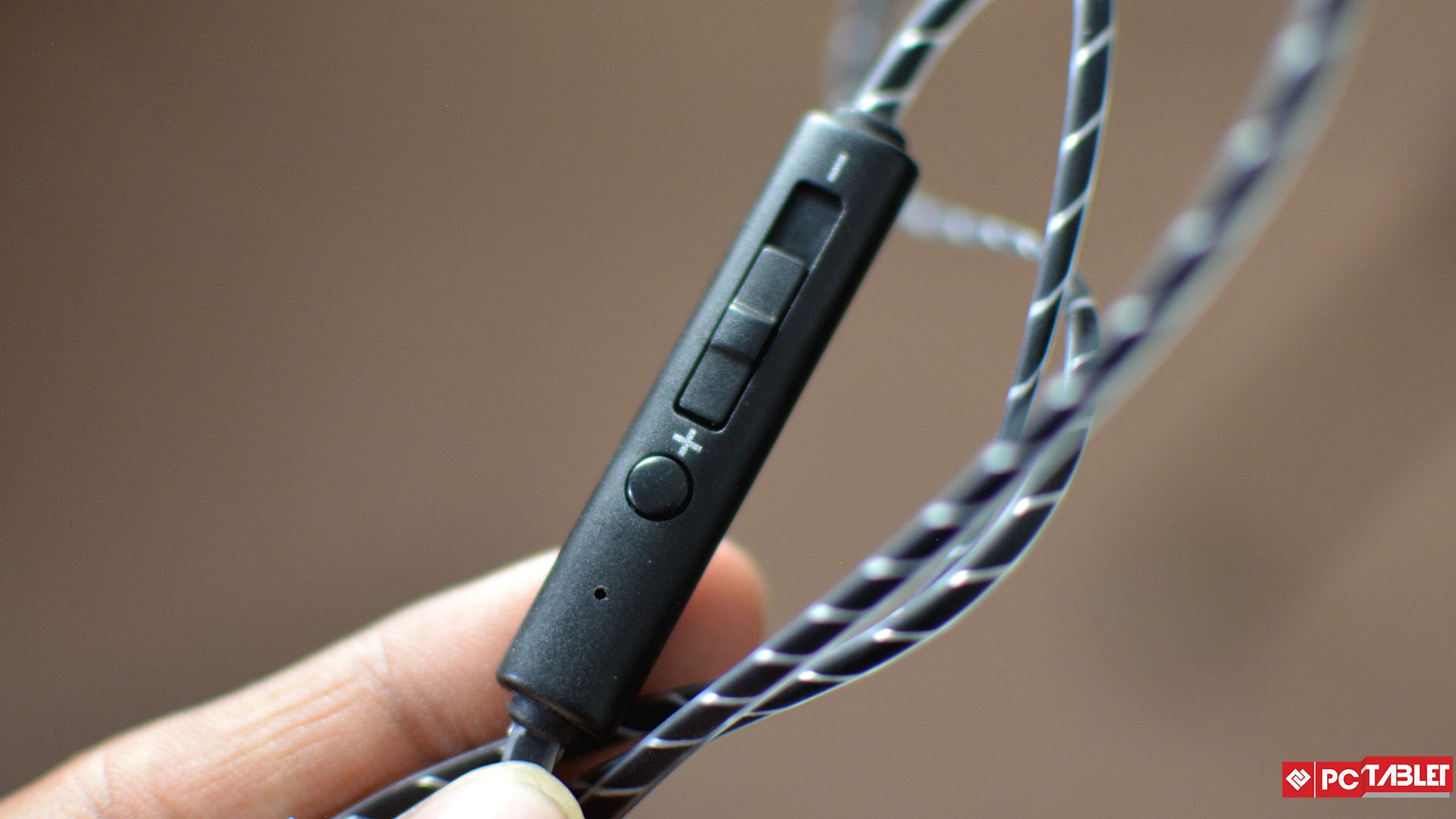 The use of premium plastic for the flat cable with stripes all over it must be appreciated. But, what can not be appreciated is the company’s failure to understand how much an ‘L’ shaped or an angled jack is when it comes to comfort. Speaking of comfort, the monitor goes into the ear easily and is a decent wear for an IEM, even while sleeping on the side.

In a novel push to the build, the control center at the bottom of the split has a sliding volume control. It is not the most efficient because of lack of variance in volume changes.

Moving on to the real thing, the sound. This time, we decided to move on from the conventional categories and use three different genres to judge the sound: rock, pop, and metallic.

Two of my favorites when it comes to rock are ‘The Beatles’ and AC/DC. The thing with The Beatles is that they always sound good. A good set of earphones just adds to the experience. Most of their songs on YouTube are old recordings from their concerts. So, the audio is not of the best quality. It is how we decided to test the clarity in rock music.

Given the reputation of Altec Lansing, I was not surprised to hear a certain level of crispness. When Lennon beckons the crowd to ‘twist and shout,’ it is almost a repertoire of the 60’s and 70’s musical revolution ringing in the ears. Every bit of the vocals by Lennon, bass work by McCartney and lead guitar by Harrison was crisp and clear. 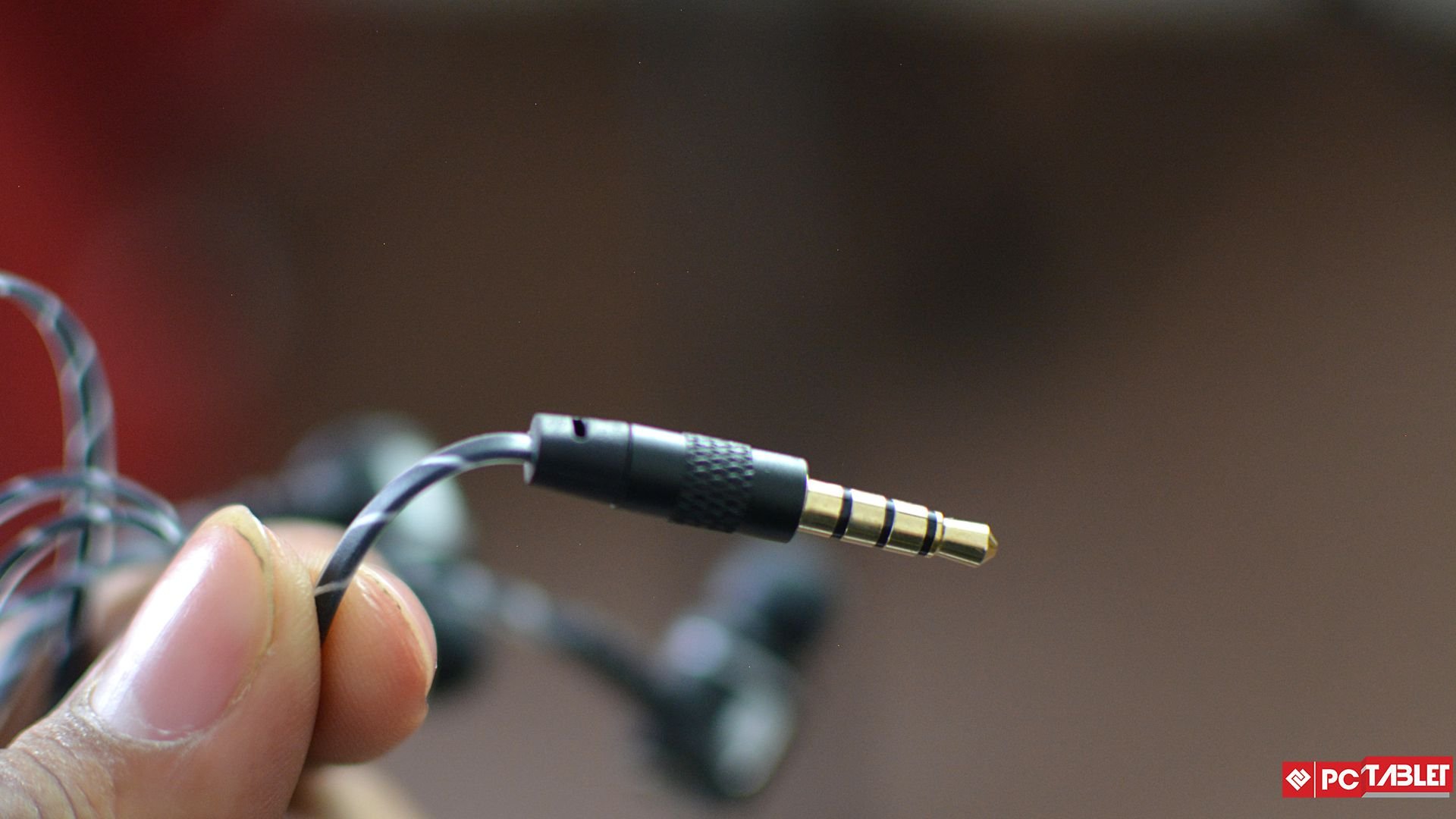 A generation ahead came AC/DC. They’re relatively new, so their audios available online are of relatively high quality. This is how we test the instruments. What good is some AC/DC talk without a ride from ‘Highway to Hell’ and a blast from ‘TNT’.

There were times when Led Zeppelin and Pink Floyd were synonymous to Metal. Zepplin’s music was usually equally dominated by the four: vocals, bass, percussions, and lead. This makes it the perfect music to test earphones.

The MZX 147 does alright with Zeppelin, but only for those who are not into hardcore metal. A hardcore Zeppelin fan might be a little disappointed as it doesn’t do very well on high volumes. Not much to say over here.

Moving on to the kind of music that is the most popular today: pop or popular pop (I dunno why I did that). The focus on today’s music is mostly on vocals, stringed instruments and sometimes of percussions. This can help us judge the mids and treble properly.

I pick Rihanna and Beyonce, because ‘I got the sass!’. As I have mentioned before, the vocals are crisp and clear and listening to ‘We found love’ and ‘Halo’ just made the point clearer. The sound is crisp and clear. The treble is smooth with the transitions at all volumes. Nothing much to add to what we haven’t covered before.

For Rs. 780, the Altec Lansing MZX 147 is as good as they get. There may be a few flaws in build and sound quality, but keeping in mind the price bracket, they are not entirely unforgivable.