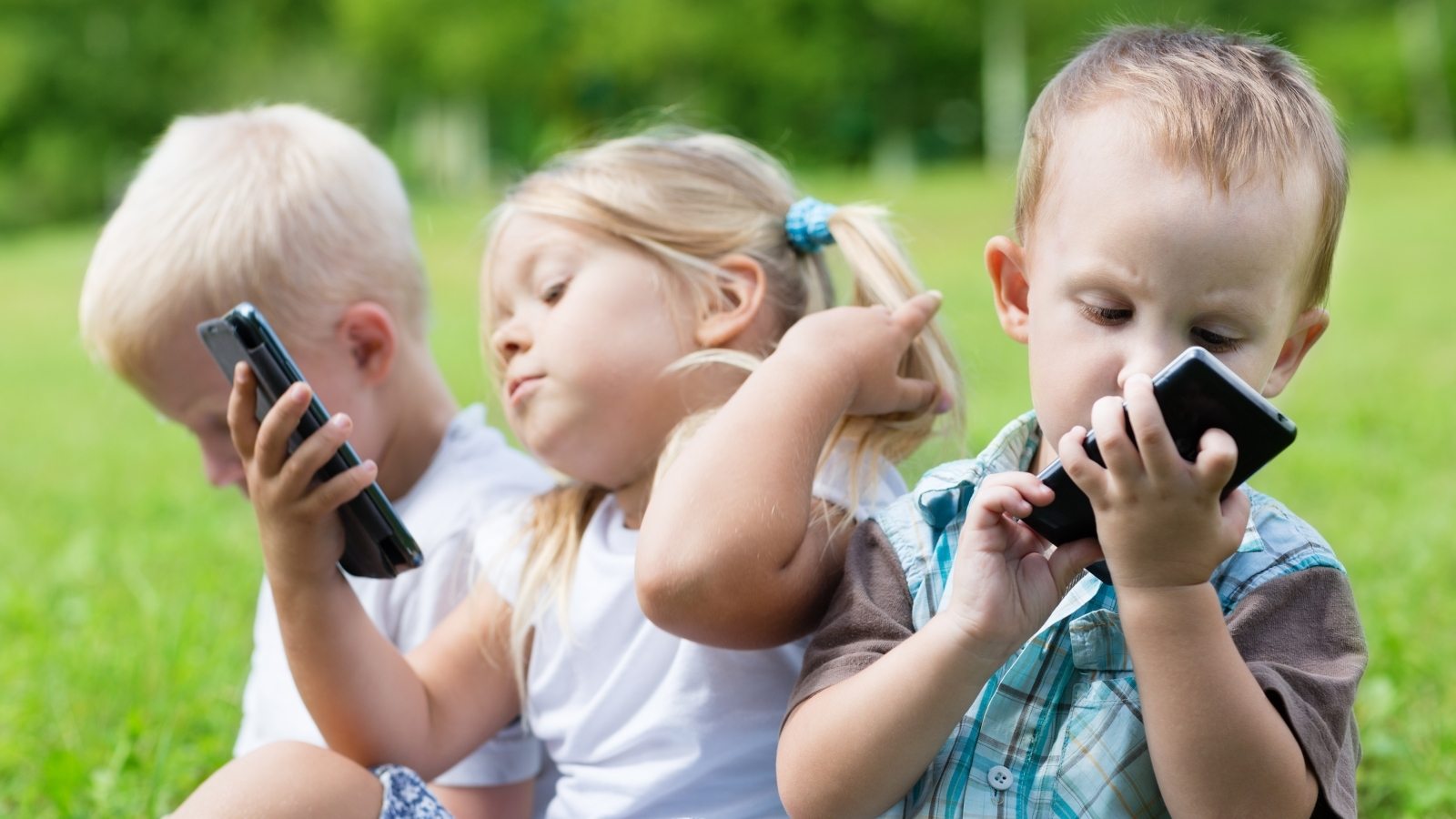 Today, no one is surprised seeing a child of 5-7 years old with a personal mobile phone in hands. Not only schoolchildren, but even preschool kids sometimes compare models of smartphones bought for them by adults, seriously argue about their merits and demerits. Unfortunately, a natural parental desire to do everything to ensure that a child does not stand out from a crowd of peers leads to sad consequences.

Researchers have repeatedly expressed objective concerns about the negative impact of a mobile phone on the mental and physical health of children.

The danger for younger schoolchildren

For small kids actively using a mobile phone, there is a real danger of:

Many children under the age of 18 complain of sleep disorders. They experience serious difficulties with falling asleep, often wake up at night. If a mobile phone is bought for preschool kids and 6-7 years old pupils, parents should prepare for children’s nightmares. In the morning, their son or daughter may complain of being nauseated. Some kids of 6-7 years old have severe headaches which also occur in the morning. Anxiety and strange, unreasonable fears are also possible.

The most serious danger is the development of epilepsy. In addition, a rather specific disease develops in children aged 5-7 years owing to the mobile phone. The main symptom of this pathological condition is the irritable weakness. Children of primary school age can complain of constant fatigue, become capricious, whiny and start hysterics without reasonable grounds.

Today, there are mobile devices for very young children who have not reached the age of five on sale. It is strictly not recommended to buy such a “toy” for a child. Frequent “communication” with a mobile phone can lead to a development of serious mental abnormalities. It is not uncommon for “mobile children” to lock inside themselves and become outcasts in the surroundings of other people with age.

The pubertal period is characterized by rapid development of the brain and many vital organs. During puberty, a human body becomes hypersensitive to the effects of the external environment. Against the background of the influence of electromagnetic waves, the activity of certain structures of the brain decreases.

The damage inflicted by mobile phones to the children under the age of 18 is huge. Many teenagers quickly “go down” in their studies. The concentration of attention weakens, memory worsens. Students often complain that it is difficult for them to perceive graphic information.

Some young people have problems with socializing. A person accustomed to communicating via a mobile phone hardly makes contacts with both peers and teachers. Many teenagers become aggressive. They are prone to mood swings and lose their temper because of any trifles. According to researchers, the aggressiveness is fueled by various applications and games. Also, students often receive strange SMS with offers to subscribe to different communities.

The great damage of the mobile phone lies in the fact that its use leads to the development of oncological pathologies. The most vulnerable organ is the child’s brain. There is also a negative impact on the vegetative system. A vegetative-vascular dystonia may develop.

Just like younger children, teenagers complain of headaches of unclear nature. Sometimes, painful feelings are replaced by dizziness and nausea. Some students have insomnia. The sleep becomes superficial and very disturbing.

There is also damage of a different kind. Many researchers seriously believe that the English language is in serious danger. In view of the reduced syntax of SMS messages, through which adolescents communicate, there is a real threat of losing the ability to interpret the thoughts correctly. The erudition horizon of a child using a mobile phone is narrowed. Often, he refuses to read literature. A little later, the difficulties with an oral presentation of information arise.

The harm of a mobile phone can be significantly reduced. For this, it is recommended to follow some rules:

It is desirable to buy a personal phone only when the child is at least 12 years old. A mobile device should not be a toy. Its main task is to be a means of communication with parents or solving educational issues. If used reasonably, it can bring benefits. Parents can control their child, instill a responsible attitude to personal things.

Modern smartphones perform many functions of a stationary computer, for example, search for information on the Web, work in text editors. So, for older students, a smartphone can be quite a useful tool. After all, it’s so convenient – to look for useful data and contact essay writing services (like Pro-Papers) anywhere and anytime. The main thing is to observe the common sense in everything.