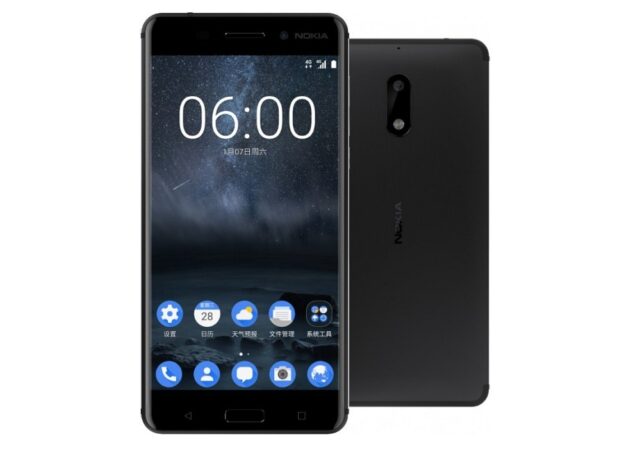 A new YouTube video posted by Total Tech has leaked most of the key specs of the rumored Nokia 8 (codenamed Nokia Supreme) flagship. The rumored Nokia-branded Android flagship is expected to be unveiled by HMD global at the upcoming MWC 2017 in Barcelona.

According to the video, the rumored Nokia 8 flagship is said to come with a massive 5.7-inch QHD AMOLED display with a resolution of 2560 x1440 pixels.

Under the hood, the device is said to get powered by the newest Qualcomm Snapdragon 835 processor. HMD Global is also supposed to announce another slightly affordable variant of the Nokia 8 featuring Snapdragon 821 processor.

Besides, HMD Global is expected to launch two storage variants of the Nokia 8 – one featuring 64GB of built-in storage while the other gets 128GB of internal storage. Both are expected to come with a microSD expansion slot of up to 256GB.

Notably, the Nokia 8 flagship is also said to pack a 24MP primary camera with OIS and super EIS. On the front, the device is expected to pack a 12MP selfie shooter.

Other rumored features include dual front-facing speakers and a fingerprint sensor. In terms of OS, the smartphone could run Android Nougat 7.0 out-of-the-box, since the recently launched mid-range Nokia 6 also runs the same version of the OS.

To recall, HMD Global recently announced the Nokia 6 in China at CNY 1699 ($245 approx.). The smartphone becomes the first Nokia-branded Android smartphone to go official and runs the Android Nougat 7.0 out-of-the-box. Keys specs on the Nokia 6 include a 5.5-inch Full HD display, an octa-core Snapdragon 430 processor bundled with 4GB of RAM and 64GB of built-in storage.

Nokia has officially confirmed a pre-MWC 2017 on February 26 on its Facebook page. The post reads ” Nokia 6 is coming to China and more announcements to follow on February 26th .. Save the date!”.

Hence, we can expect more Nokia smartphones to be announced at the annual Mobile trade show in Barcelona. In the past, Nokia has used MWC as a platform to showcase its phones however Microsoft swayed away from that norm in 2015. Though it seems the good old Nokia days are back as the company has now officially confirmed its presence at the upcoming Mobile World Congress in Barcelona.

Get ready! The Nokia 6 is coming to China! More announcements to follow on February 26th… Save the date!

Besides, HMD Global is also rumored  to unveil the next Nokia 8 flagship at the upcoming MWC 2017.

And in case you missed, HMD Global has already announced its plans to release at least five Nokia-branded smartphones this year. And what better place to do that than the upcoming MWC 2017, the annual mobile trade show is the perfect place to unveil new smartphones and showcase the company’s plans.