It is yet impossible for human being to track down the presence of extraterrestrial life on outer space. But soon aliens may find out the earth, using the charts, detailing earth’s location, launched by NASA to space in the 1970s, warned Dr. Frank Drake, one of those scientists who designed the maps. In the 70s, NASA sent out maps, revealing the locations of earth into space atop four spacecraft, and the aim was to communicate with aliens. But now, that dangerous plan of the US-based space agency seems to be a boomerang as the robotic probes of the 1970s now reach “interstellar” space and aliens, using those maps, can hit upon earth quickly.

According to Dr. Frank Drake, an American astronomer, who also worked with NASA for designing the maps which were later installed inside four space probes, the aim of this mission was to establish communication with human being and aliens. The fixed maps, if interrupted and decoded by extraterrestrial lives, will disclose earth’s location and it will be highly dangerous for the planet and its survival. It was more than 40 years to the launch of those four probes. Now all of them have left the planetary system and are zooming into deep space with the coordinates of Earth on board. 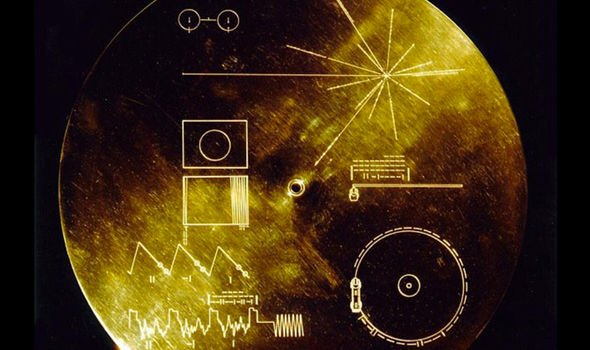 Now in a statement to his daughter, Nadia Drake, Dr. Frank Drake revealed that

In past, all of the people I came across were optimists, and they firmly believed that aliens are friendly and responsive.” No one of them ever thought that they might also be dangerous.

The commemorative inscriptions, installed inside the Pioneer craft reveal a man and a woman at the side of a basic diagram of Earth which intrigues its position compared with other distant pulsar stars. The onboard records also contain various sounds from nature like thunders and volcanoes, noises connected to humanity like a horse, a train, and cart as well as the noise of a kiss between a mother and child. The pulsar stars, highlighted in the diagram are long-lasting and dazzling which means, ETs can easily spot them in the right direction and reveal complete location details of earth, which could potentially be dangerous.

However, Dr. Drake has cleared that, the possibility of aliens finding the earth’s chart is pretty low.