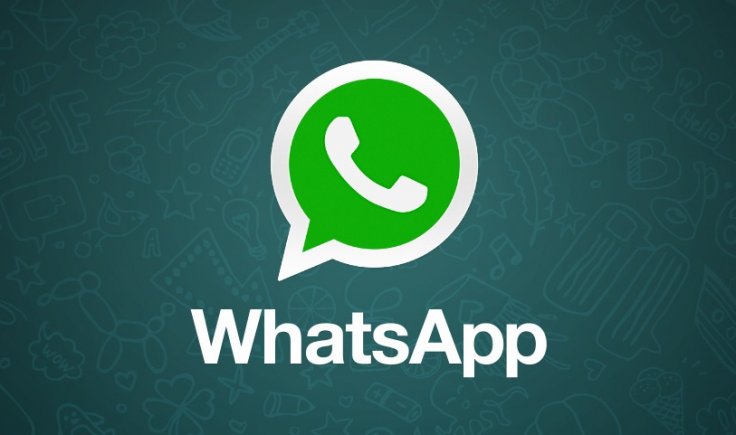 According to Daily Star report, the popular instant messaging app – WhatsApp’s voice calling feature invitation contains serious malware that might steal your confidential and informative data from your smartphones. So, just ignore the invitation request, if you have received one.

Millions of WhatsApp users in India are keenly waiting to entree the voice calling feature on the popular messaging app. And this is why you should be advised about cyber scammers who are apparently socializing fake WhatsApp Voice calling invitations through the messenger service.

Users who picked to test the WhatsApp VoIP feature are forwarded to another web site and are asked to join in a quick survey. Once ending the survey, they are asked to download multiple third-party applications on their smartphones, which run the possibility of spreading malware on smartphones.

Therefore, WhatsApp users are warned to use caution when they collect any such kind of text message invite stating: “Hey, I’m inviting you to try WhatsApp Calling, click here to activate now.” 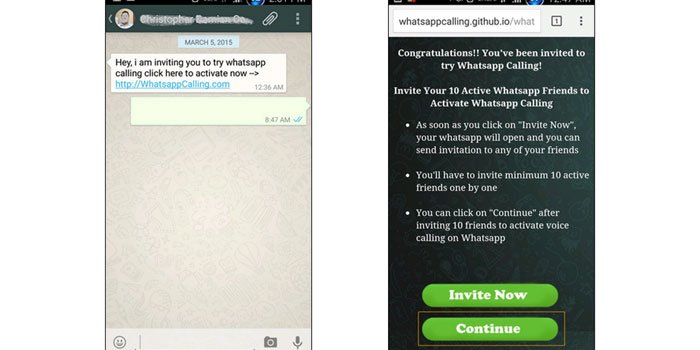 WhatsApp, which has been taken over by popular social media site Facebook, is yet to unveil the voice calling feature officially and is yet to reveal a date for its official release.

Earlier, WhatsApp has tried out the voice calling service through an invite system for limited users in India. And those who received it, claimed that they managed to invite some friends by physically calling them via WhatsApp.

Still, according to a Firstpost report, present users cannot invite friends to the new free WhatsApp calling feature as it has been restricted.