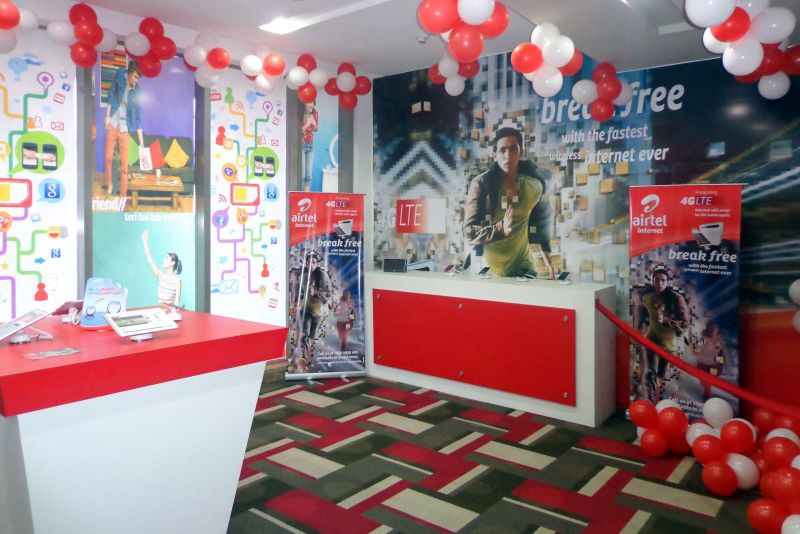 To counter the threat posed by Reliance Jio, its competitor Bharti Airtel will start 1000 more company-owned stores in cities across India according to report on Economic Times dated August 3, 2015.

Reports suggest the stores will be up and running before December 2015 and Airtel’s plans are in full swing to bolster its 4G market.

The company has tied up with various 4G smartphone makers like Xiaomi, Huawei, Samsung to market handsets with price starting from Rs. 4,000.

The primary aim of Airtel is to ensure customers get first-hand information on its various services and low-priced 4G handsets.

All the main service providers are decking up their existing infrastructure to counter the threat from Reliance.

Mukesh Ambani, the owner of Reliance Jio, is looking who sold handsets for Rs 500 across India thru Reliance Infocomm is re-entering the telecom business.

They have revealed their plans to unveil Rs. 4,000 4G smartphone by December, offering all services for as low as Rs. 300-500 per month.

Airtel currently has a massive 1.5 million outlets with network presence in India. Airtel is the only mobile operator in India to offer 4G services.