The Chinese company Gionee has launched its flagship smartphone, the Gionee Elife E6 in India at a star-studded evening in New Delhi yesterday. The device is available on pre-orders now for Rs. 22,999. 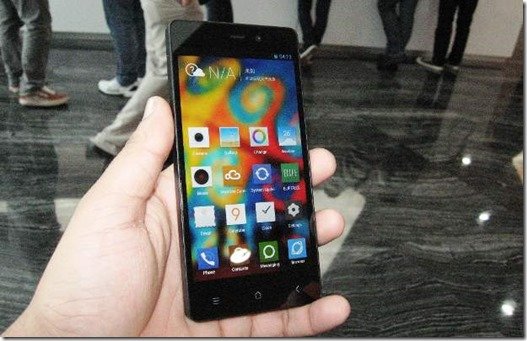 The company roped in the actress of the ‘Gangs of Wasseypur’ and ‘Ek Thi Daayan’ fame, Huma Qureshi, to launch the device in India. The flagship was announced somewhere during the middle of this year, and is ready for sale across all the retail stores in India.

The smartphone impresses at the very first glance with its polycarbonate unibody design and the straight edges curved at the four corners. The 5-inch full HD display with 1080pixels resolution also flaunts the ‘One Glass Solution’ (OGS) technology that unites the touch sensor as well as the main screen into a single unit.

Besides, the smartphone features an awesome 13MP primary auto focus rear camera, as well as a 5MP front facing camera. Few of the significant attributes of the camera include face beauty, face detection, eraser, horizontal and vertical panorama, 99 snaps in one click, smile detection, and geotagging.

Another distinctive characteristic of the device is its gesture recognition feature.

Although this 3G, Wi-Fi and Bluetooth enabled flagship is open for pre-orders at Rs. 22,999, the device is already available on Snapdeal at Rs. 21,999.

Here’s a quick look at the specifications of the Elife E6: