When was the last time we heard from Acer? Ages, I guess. However, recently, the mobile market was abuzz over Acer’s latest announcement. The Taiwanese electronics manufacturer entered into the territory of the wearables segment, currently dominated by Korean giant Samsung.

Acer said the Liquid Leap is the first wearable fitness-tracker, which also gives notification for calls and text messages. Not much details either about Smartphone or Liquid Leap wearable were revealed except that the Acer Liquid Jade smartphone is a 5-inch smartphone with a Gorilla Glass display, offered in a range of colors and the width of the smartwatch (17mm) 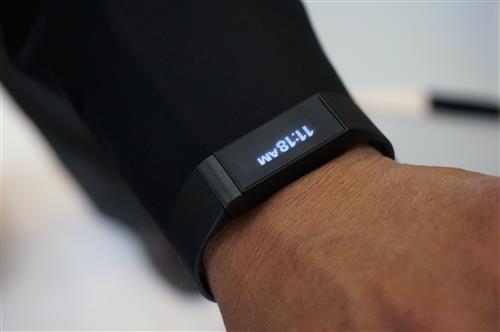 The description provided for the Acer wearable during the launch was that ‘the Liquid Leap provides the wearer with text message and call notifications and, when it isn’t relaying information from a smartphone, can track fitness too’. Even journalists were not allowed to get any real hands-on time.

Acer is the latest in a growing line of smartphone makers to dip their toes in the wearables market and with a very similar product. Samsung’s the Gear Fit is already out in the market, Huawei already has the TalkBand B1 rolled around a handful of wrists, followed by Sony SmartBand and LG LifeBand Touch. Acer, therefore can be perceived as latest entrant to dip its toes in the wearable market.

PC Advisor who was present at the conference, managed to capture few shots of the two devices. Both gadgets are expected to be launched as limited releases sometime between late July and early August.