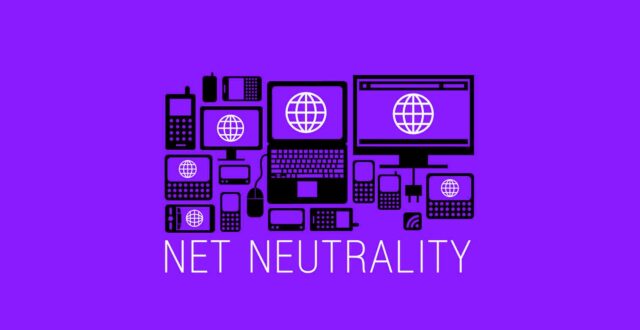 Net neutrality is a concept that Internet Service Providers should not be able to prioritize certain data. Proponents of net neutrality laws argue that they maintain competition, avoid tolls and higher bills and prevent a class system for Internet users. Opponents of these laws argue that there are valid reasons to prioritize certain communications and that the internet developed without regulation and should continue to because it will lead to more investment in infrastructure upgrades and new services.

How We Got Here

During the Bush administration and continuing into the Obama administration, the FCC worked to enforce net neutrality protections. It is important to note that these efforts were spurred on by ISP behaviors that were deemed not in the best interest of the consumer. But the major ISPs have armies of lawyers and defeated the FCC in court on several notable occasions. That led to a sweeping net neutrality order by President Obama in 2015 that gave the FCC more power. But that order was eliminated by a Republican-controlled FCC in the first year of the Trump administration.

Those against net neutrality laws argue that they unnaturally inhibit the free market and slow growth. But those in favor argue that these laws actually protect innovation and suggest that YouTube and Netflix would not exist as we know them if ISPs had had the foresight to pick favorites. Ahead of the FCC repeal, all four major ISPs promised not to throttle or block content. The truth is that all four major ISPs like Spectrum and HughesNet had already blocked or throttled content ahead of the repeal knowing there would be no consequences.

Whether for or against, there is no arguing that net neutrality laws have evolved as a response to bad behavior by ISPs. Tim Wu—Columbia University law professor—coined the phrase in response to Comcast blocking access to virtual private networks and AT&T forbidding the use of Wi-Fi routers, which sounds absolutely ridiculous 20 years later. As mentioned previously, the FCC did have some regulations in place prior to the 2015 order but lost several high-profile legal cases. The 2015 order, on the other hand, was upheld in court. What had changed? Well, by this point we were an Internet culture and net neutrality had become part of the zeitgeist. The FCC received such a massive response from proponents of net neutrality that its servers were not able to handle it and its website went down for a time.

There is no doubt that the 2015 legal case would have made it all the way to the Supreme Court had there been a reason, but the 2017 repeal made it a moot point. The future of net neutrality remains uncertain and will be decided by the states, courts and Congress. Several states have already taken steps to ensure net neutrality for their citizens, and there are still a number of pivotal court cases unfolding. In the meantime, ISPs will continue to manipulate traffic in order to favor their bottom line.

Consider that AT&T allows customers to watch DirecTV Now without it counting against their data caps. Watch Netflix or Hulu, however, and your data plan takes a big hit. Proponents continue to argue that this is the free market in play and actually good for customers in the long run. But for the average AT&T customer who enjoys watching Netflix, it certainly does not feel like a good thing.