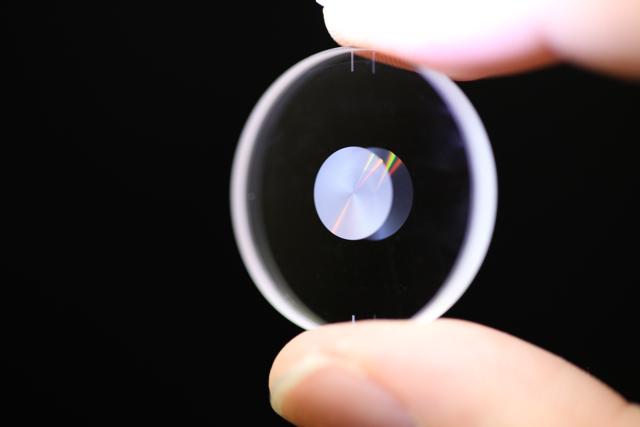 Scientists have invented a 5D data storage that could record human history forever. The 5D Superhuman crystal memory data storage developed by the University of Southampton opened up a new era of archiving eternal data.

Scientists in a breakthrough have come up with a design that can record and retrieve five-dimensional digital data using ultrafast laser writing in the nanostructured glass.

The new data storage will come equipped with extraordinary properties such as thermal stability up to 1,000 Celsius, 360 TB disc data capacity and virtually unlimited lifetime when stored at room temperature. The unlimited lifetime is a span of 13.8 billion years when maintained at 190 degree Celsius according to the researchers.

In an official statement, a professor at the University of Southampton in Britain, Peter Kazansky said that it is thrilling to know that technology can preserve information and documents and store it for unlimited time in space for the coming generation.

According to Kazansky, with the help of the 5D technology, humankind now can secure the proof of its civilization forever so that no one and nothing will ever be forgotten.

The technology was introduced as an experiment during a demonstration in 2013 when scientists successfully recorded a 300kb (kilobyte) digital copy of a text file in 5D.

According to the Southampton scientists now, primary documents such as Newton’s Opticks, Universal Declaration of Human Rights (UDHR), Kings James Bible and Magna Carta have been preserved as digital copies so that they can survive the human race.

A ultrafast laser that produces intense yet extremely short pulses of light is used to record the documents. The writing of the file is carried out in three layers of nanostructured dots with five micrometers separation between each.

With the help of self-assembled nanostructures, the way light intercepts the glass is changed. It modifies the light polarization which can be read only by using the combination of a polarizer and optical microscope. The technology is almost similar to the one used in Polaroid sunglasses.