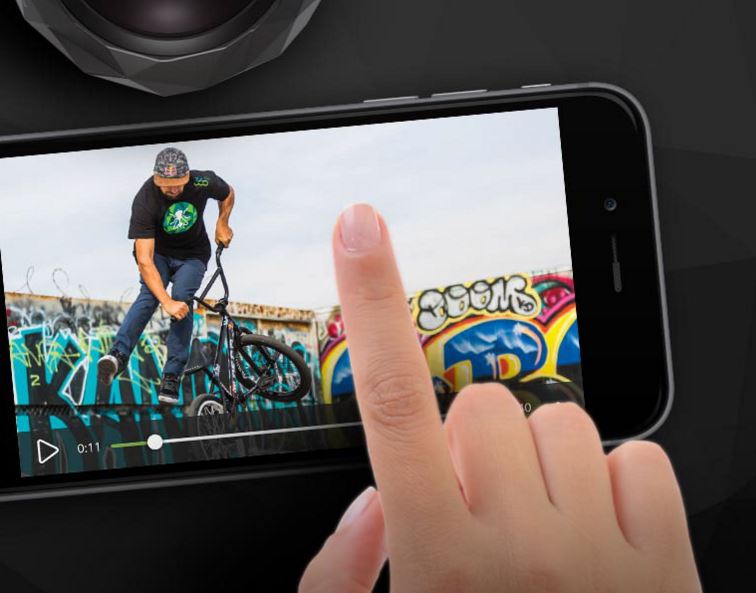 360fly camera users can now go for the free Livit iOS or Android mobile app to live stream real-time videos. 360fly said that you can now ‘Live Stream’ or share your 360-degree video footage as you record on the go. 360fly makes this possible through an association with ‘Livit’, a technology company that either allows you to share directly your recorded footage via social platforms or save.

You will be able to preview your recording on-the-go with the help of an app on your device which you could download from the ‘Play Store’ or the ‘App Store’ depending on the type of device you use.

The 360fly is an action camera like no other. Designed a little larger than a golf ball, it swivels onto a stand or can remain clutched in the palm of your hands. A single 360-degree lens points in the upward direction and records seeing everything that happens to it.

The footage recorded with the 360fly can be viewed on any VR playback device so you can re-live some of your most adventurous or memorable moments through life-like recordings.

Whether it’s your family trip camping, or a drop down a 30ft slide, or better yet hot-air ballooning over the city, you’ll be able to capture 360-degree detail without having to swerve and shift your lens all the while.

If you think you like a few stills from your recording, you could pull them out of the video and share them individually as you would any panoramic image.