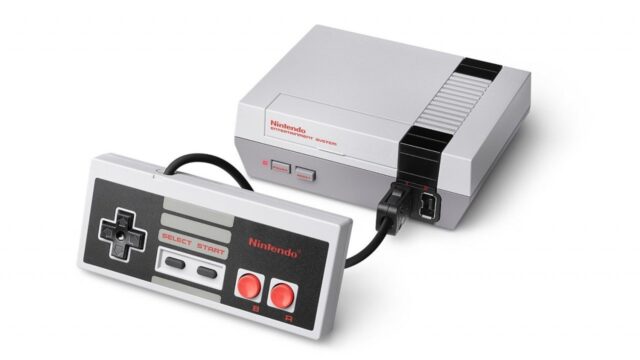 Users looking to grab onto the limited edition NES Classic console from Nintendo are out of luck again, as the console went out of stock in Best Buy just 10 minutes after it opened. The retailer shared a tweet on Sunday that limited quantities of the console will be available starting Monday.

Best Buy also promised that customers can save on select accessories and will have limited quantities of the NES Classic console.

TOMORROW
In Best Buy stores.
Limited quantities of #NESClassic will be available. Plus, save on select accessories. https://t.co/tQZN5NwlVu

That being said, we’re still unsure as to which other stores are to get re-stocked with NES Classic, how many units they’ll have, or what will be the mode of purchase.

To recall, the Nintendo launched the NES Classic back in November last year. It is a smaller version of the classic Nintendo Entertainment System launched back in the 80’s. It’s an exact replica of the classic version, apart from its much smaller form factor.

Priced at $60, the console comes bundled with the same classic NES gamepad, and you can buy an additional controller for $9.99. Besides, it features HDMI connectivity and comes with 30 pre-installed games including popular titles such as Super Mario Bros, Final Fantasy, Legend of Zelda, Donkey Kong, and Metroid.

However, the console has become far too popular among users which makes it rather hard to buy one. Hence, demand has always exceeded supply since the console’s release. Soon after its launch, the NES Classic Edition was available on Amazon for $60, though shortly went out of stock. Back then, even Amazon predicted that the console would be available in limited quantities, hence, it only allowed one order per customer.

“The Nintendo Entertainment system: NES Classic Edition system is a hot item, and we are working hard to keep up with consumer demand. There will be a steady flow of additional systems through the holiday shopping season and into the new year. Please contact your local retailers to check product availability,” Nintendo said in a statement back in November 2016.

Multiple reports also claim that a whopping 196,000 units of the NES Classic Edition were sold in the US alone in November. Analysts also found that Nintendo just managed to sell around 220,000 units of the Wii U console in the US during the period between April to September, while NES Mini managed to reach the same figure in just a month.

However, despite the console’s growing popularity, Nintendo officially announced in April this year that NES Classic has been discontinued. The console was available in limited quantities at Best Buy, though at the time of writing the console has been sold out.